Sarah was born in 1999 in Oldenburg, Germany and moved with her family to Saxony a few weeks later. Since her mother knew many artists, she quickly discovered her passion for art that has always lasted. In 2006 she moved to Berlin with her mother and was enthusiastic about the street art in the City. She quickly realized that there were many more possibilities in Berlin than in a small town in Saxony and tried to continue to train herself artistically through workshops.
In 2016, she got her first graphic pad and did smaller jobs next to the school as a hobby. In 2017 she graduated from the Hans-und-Hilde-Coppi-Gymnasium.
To learn more about her roots and other cultures, she has been studying regional studies in Africa and Asia at Humboldt University in Berlin since 2018.
She has also learned other foreign languages though her modules. In 2018, she met a graphic designer from Berlin who works as a freelancer and has taught her the first tricks with Photoshop, animation, sculpting online and various programs. Since then, the dream has manifested to become a communication designer.
6 months later, in addition to her actual studies, she also did an internship at Supernova gallery.
There she was responsible for online marketing, looking for sponsors and worked as an artistic support.
With other interns, she animated a short film for the online site of the gallery. It was here that she met the producer of Privileg.
She is expected to study communication design next year. 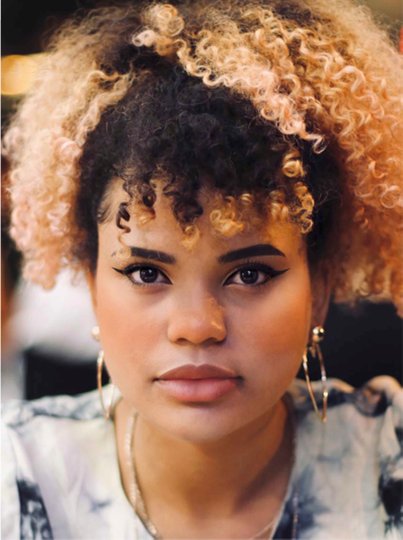