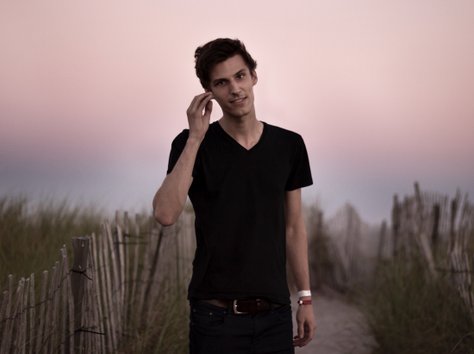 Thorsten is a composer and sound designer from Berlin. He is mostly active in the Film and Theater field.
He grew up near Munich. His love for music played a big part of his life. He performed in several bands and gatherings which led him to move to Berlin in 2013 and pursued Music Production studies at the Hochschule der populären Künste.
During his studies, his main focus was channeled to music mixing and film and stage music, which led him to work at the same time as a freelancer in the Sound Department at the Theaters Berliner Ensemble and later on as employee.

While working at the theater, he encountered Avant-gardist American film director Robert Wilson, with whom he eventually worked as Sound Designer. In addition to theater plays in Berlin, they worked on several productions in New York, Paris, Bergen,Istanbul, Seoul and Taichung.

After several works in the Theater scene, he found himself drawn to the world of Film and has been working since 2017 as a freelance Sound Designer and Composer for various independent films.
A highlight of his career to date came with the production of the feature film ‘Frau Stern’ during the summer of 2019 where the movie successfully hit the German film market scene. In that movie, he took on the position as Sound Engineer as well as Sound Designer. Another successful production came with the experimental film ‘Jazelle’, produced by the Berliner Filmhochschule DFFB and RBB, where he took on the role “of Sound Designer”.