Leonore was born in October 1997 in Grenoble. She grew up in France, Netherlands and München.

At an early age, she discovered her passion for Literature and started writing short stories and novels at school.

In the following years, she took part in writing workshops, published several short stories and worked within the workshop of the HFF München on the production of a radio play “Clan der Vampire” that came out in 2015.

After graduating high school in 2016, Leonore pursued graduate studies in Copywriting at the Hamburg School of Ideas e. V (previously Texterschmiede e. V.) and worked from 2017 to 2018 as Junior Copywriter in the Heimat Berlin GmbH advertising agency.

Since October 2018, she is pursuing studies in Psychology, Management and Economics at the University of Koblenz.

Today, she is a self-employed writer in the field of Copywriting and Storytelling, all the while working on short films and her debut novel. 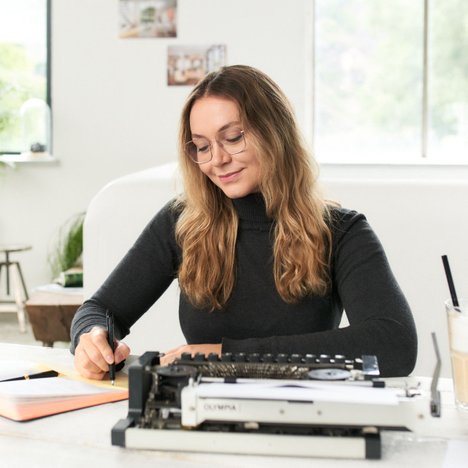