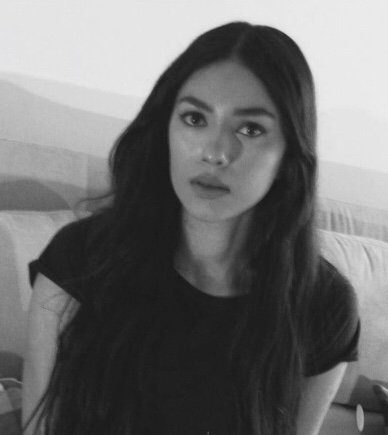 Jade was born in 1994 in Rio de Janeiro, Brazil and pursued a degree in History with the intention to later specialize in Music History.

Growing up in a silent home, one day, Jade found her dad’s 1969 Woodstock DVD and fell in love with The Who, Keef Hartley Band, Santana, Hendrix and Janis Joplin. After that, everything changed for her and music became her world and she would spend all of her free time listening to music, reading about music and watching documentaries (mostly about music).

Alongside with music she has also always been interested in film and their soundtracks.

After working as a music consultant for the London based company Native Voice Films in two feature documentaries as well as a coordinator for the release of the feature documentary Betty - They Say I’m Different in Brazil, that was selected for Mimo Festival in Olinda, Jade found her path and a career that unites her biggest passions and moved to Berlin to pursue her dream job. She is currently helping directors show their artistic vision through music in her first projects as a music supervisor.